What Parts of the Body Can Be Affected by Endometriosis?

The tissue that lines the uterus is known as endometrium. Endometriosis is a chronic condition in which endometrial-like tissue grows outside of the uterus. This can lead to ovarian cysts, scar tissue, inflammation, pain, blockage of the fallopian tubes, and adhesions (fibrous tissues that can form between organs and connect them), among other issues.1-3 Endometriosis can affect the functioning of many organs and structures around the reproductive system, as well as beyond. 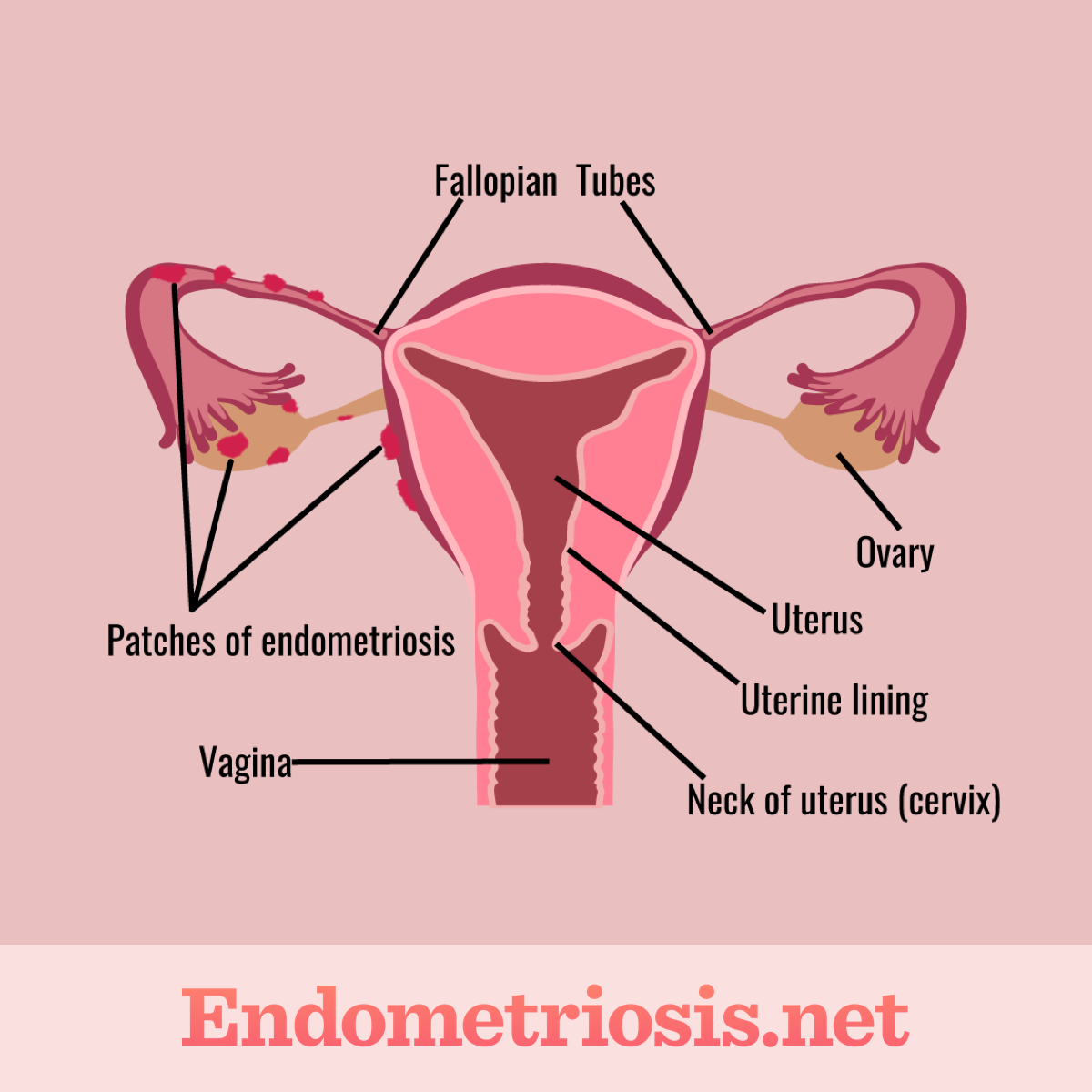 What is the uterus?

The uterus is an organ within the pelvis that can expand to hold a developing baby. It is also referred to as the womb. There are ligaments and muscles around the uterus that support it, and the uterus itself has a muscular wall and is lined with three layers of tissue. These tissue layers are called the perimetrium, the myometrium, and the endometrium. The endometrium is the innermost layer, and the perimetrium is the outermost layer of tissue. The uterus sits above the vagina, and the lower neck of the uterus that connects to the vaginal cavity is called the cervix. The fallopian tubes, which carry unfertilized eggs each month from the ovaries, connect to the uterus at its top end.4,5

What does the uterus do?

Each month, an unfertilized egg is released from the ovaries and travels through the fallopian tubes into the uterus. If this egg gets fertilized by a sperm cell, it will implant into the wall of the uterus, where it will begin its development into a fetus during pregnancy. If an egg is not fertilized, the uterus will expel the egg from the body through the vagina and vaginal opening. During this process, the tissue lining the uterine wall sheds as well.

The uterus prepares itself each month for the possibility of egg implantation by thickening the tissues that line the uterus, specifically the endometrium. If a fertilized egg does not implant, the thickened tissue will break down and shed. The shedding of this tissue and the resulting bleeding is a woman's period. This entire process will repeat again in roughly a month, when a woman has her next period.

What is the endometrium?

As mentioned above, the uterus has three layers of tissue that line its surface: the outermost layer, called the perimetrium, the middle layer called the myometrium, and the innermost layer called the endometrium. The endometrium has many blood vessels in it to nourish a growing fetus. It can thicken and build-up, as well as break down and shed in a cyclical manner (the menstrual cycle).4,5 The breakdown and buildup of endometrial tissue is determined by hormone levels in the body. As in the case of endometriosis, it is possible for endometrial-like tissue to develop in places outside of the inner uterine wall. When this happens, the tissue still builds-up and breaks down in a cyclical pattern, however, there is often no way for the broken down tissue and blood to leave the body. This is what leads to pain, cysts, scar tissue, adhesions, and fertility issues.

Surrounding structures & organs that may be affected

Endometriosis most commonly affects the structures and organs that surround the uterus. Some of these include:

This is not an exhaustive list of all structures or organs that can be affected by endometriosis. In rare cases, endometriosis can affect organs or organ systems far from the pelvis, including the skin or lungs.2

What is Frozen Pelvis?