I live in B.C, Canada and was accepted into the Interdisciplinary Chronic Pelvic Pain Program through the Centre for Pelvic Pain and Endometriosis clinic at B.C Women's Hospital last year. (Quite the mouthful)

The program includes a combination of pain education workshops, pelvic floor physiotherapy, clinical counseling, medical management, and surgery (including advanced excisional laparoscopic surgery). I didn't need surgery but took part in everything else in the program.

Covid made it so some stuff was done virtually but there were two trips I made down to Vancouver to the hospital. Traveling down to Vancouver for doctor's appointments is something I first had to do cause of my younger sister being diagnosed with Sjogren's Syndrome at 5yrs old. It's like a home away from home for me, especially staying at Easter Seals House. It was extremely comforting staying in an extremely clean place due to the fact many immunocompromised children stay there.

The words we long to hear

Throughout everything, you are told repeatedly that it's not all in your head. I didn't care how many times they said that, it was refreshing every single time. I even made sure to tell them how much I appreciated that it was repeatedly stated.

He had to go

There's lots more to say about this program but I feel very faint so I am going to leave it as this. I'll post more at a later date. 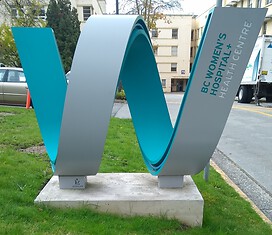 Can a Urogynecologist Help My Bladder Pain?

0 comments
This article represents the opinions, thoughts, and experiences of the author; none of this content has been paid for by any advertiser. The Endometriosis.net team does not recommend or endorse any products or treatments discussed herein. Learn more about how we maintain editorial integrity here.