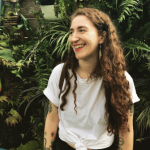 In April of 2016, I was fortunate to have my first excision surgery. Removing endometriosis with excision is more effective than ablation. With excision surgery, the Endometriosis is cut out as deep as is needed, instead of Ablation which just burns off the surface of endometriosis with a laser. Ablation carries a higher risk of recurrence. Unfortunately, not as many surgeons are able to do excision, which is a downfall of the care for endometriosis patients. But, thankfully, I lived only an hour away from an excision specialist and I was very excited to feel the difference between this surgery and my first one six months prior.

Noticing there was a problem

The first thing I noticed post-surgery was the difference between the pain. It was excruciating. It felt as if a truck had run over each of my organs over and over. Though the first week was the worst, by the second, I had already noticed a difference. I was even slowly getting back into my routines. But at the end of that week, I noticed every time I went to the bathroom, blood would pour out. And I mean like the blood coming out of the elevator in The Shining type of pouring out. Soon, I knew something was wrong.

My step-mom came over in the middle of the night, shocked that I had removed the cover of my heating pad and was scorching my skin because I was in such agony. Even still to this day, I have burn marks from those few days. I called my surgeon and she called ahead to the ER to get me in ASAP. The second they took me back, got me into a gown, and started the IV, I began sobbing. Feeling pain I had never felt before, and bleeding this much was terrifying. This quickly escalated into a full blown nightmare. I remember looking up at my step-mom as the Dilaudid entered my vien and the awful nausea kicked me in the stomach and saying, “I’m too much of a hypochondriac to be this sick.”

After the scan the doctor came in, who wasn’t even an OBGYN. He said, “Well, we found something in your vagina”. Confusion set in and it wasn’t just because of the heavy doses of pain medication. What could be inside there? So, this sort of awkward lanky doctor said he would have to look inside. I sat back as he entered the plastic speculum and then all of a sudden I felt a familiar feeling. Oh yes, that is the bucket pouring out feeling. As I looked up, I noticed the doctors face has gone completely white. Apparently, I had a giant blood clot that he popped upon insertion. Blood covered almost every surface around me. I thought to myself, “Dammit, I wish my phone was charged so I could send a photo of this to my endo friends”.

My surgeon told me to be on bedrest for a week, take meds as prescribed, and the bleeding and pain would soon pass. By the end of the day, I was back home to where this all began, eating food, and naturally binging Netflix. Though the pain and horror of the blood will always stick with me, so will the hilarious look on that doctor’s face. I’m pretty sure that was one of the most unexpected surprises he had that week. Now, unfortunately, most of us have had weird post-surgery complications, I know I’ve had my fair share. But thank goodness that sometimes we are lucky enough to be able to look back and laugh.