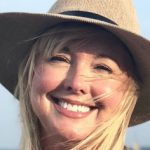 Check out Thelma’s first article, “My Friend, The Stool“

Our neat little plan wasn’t so neat anymore. Dr. C found “something”. The “something” I wanted him to discover was a baby, a fetus, a live, human being, but it wasn’t. It was “unknown.”  He seemed indifferent and said it probably wasn’t anything to worry about, so we’d just watch it. “Come back in a month”.  I did. The “unknown” was larger. Puzzling … and now definitely scary. Come back in another month. At this point, my fear grew more intense every day just waiting, wondering, and knowing something was growing inside of me and, instead of a baby, it was the “unknown.” The waiting … I hated the waiting. It gave me way too much time to imagine the worst. At the next appointment,  it was larger and now called a mass. My doctor was surprised at how big it had grown so quickly. I was terrified!

What’s the mass? Is it a tumor? Cancer? “We don’t know what it is until we take a look”. “Let’s schedule surgery”. “We will go in with a tiny telescope (laparoscopy), and take a look”. Surgery was scheduled, but it was still a few weeks away due to his busy schedule, and I was a wreck teaching hormonal middle schoolers. Who was in worse shape? I’m not sure. Hormones were blasting from all directions.

The mass continued to grow, and I could tell Dr. C was more concerned. At my pre-op appointment, which was immediately prior to being admitted to the hospital, he graciously tried to assure me (out of one side of his mouth_ that he would take care of me, while he also listing (out of the other side of his mouth) all the possible tragic risks of surgery. Dazed and petrified, I signed the forms. His last question was, “If I have to do a hysterectomy, do you want me to wake you up and ask you or have your husband make the decision?”  I did not need to hear that. After all, I hadn’t had my babies yet!

But, I want a family!

I headed to the hospital and my emotions were out of control. The surgery was early in the morning. I had to have answers, but I was terrified of what they might be. I might never have a family. I begged the anesthesiologist for something to knock me out, because I was scanning the hospital window for an escape. I was desperate. He did. I passed out with my Bible opened in my lap. Luckily, they saw the craziness in my eyes and gave me a double/triple/whatever dose. When I awoke, I was back in my hospital room begging for water and watching for the green light on the morphine pump. What had happened to me?

Coming soon: Read more in Thelma’s next article, “The Results”