Why I Listened to My Doctor Instead of My Instinct 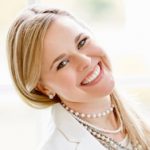 From a young age, I’ve always played an active role in my health. I know my body best- I’m the one living in it 24/7. I am also very passionate about taking an integrative approach to managing my health. There’s a place in this world for medicine, but in my opinion, it shouldn’t always be the first line of defense.

So, when endometriosis was suspected in 2013 and my doctor recommended laparoscopy – a surgical procedure designed to diagnose conditions such as endometriosis – I was skeptical, and even a little resistant. I had a lot of the classic symptoms, but honestly, I didn’t think it was “that bad”.

I also had a history of other medical issues and I really didn’t want to have to deal with something else now. I was in the midst of the biggest project in my career. I didn’t want the down time, even if it was a same-day procedure.

I thought the choice was obvious…

My preference? Manage it through acupuncture. I had used the practice for eliminating migraines, healing a knee injury, and managing stress. I heard that it was effective in addressing endometriosis too. The choice was obvious to me… but not so much to my doctor.

“This is not something you want to mess with, Alene,” my doctor said, in the most compassionate way. “I think it’s important for you to get the laparoscopy”. It wasn’t a scare tactic or a threat. It was his honest belief.

A decision based on mutual respect

He had always respected my desire to play an active role in my care. He often supported my path of using diet and lifestyle first. It’s only because we had that mutual respect that I was able to set aside my plan, and listen to his plan. I knew his recommendation wasn’t him being close-minded about a holistic approach, nor was it him wanting to be the one in control. This was his honest recommendation based on his training, experience, and his medical understanding of my body. I respected him and he had never truly put his foot down like this before. I didn’t feel pressured, but he certainly caught my attention and had me questioning my motives.

Why would I not want to get a procedure that could offer an accurate diagnosis and treatment? Was I the one that was being close-minded? Was I not open to the idea that, sometimes, we do need to use medicine to support our body?

Turns out, he was right

I told him I would think about it. Later that week, I called to schedule the procedure. The more I thought about it, the benefits outweighed the risks. Turns out, he was right.

I definitively had endometriosis, and actually had a significant and widespread case of it. I will never know if I would have been able to achieve the same benefit from acupuncture, but I got peace of mind through the laparoscopy. I was grateful to have an official diagnosis and to know that it had been addressed in the same-day procedure. In my follow up appointment, my doctor then returned the conversation back to acupuncture as an effective practice for maintenance and reoccurrence prevention. This is the beauty of integrative healing: It’s the blending of the two practices to support our overall and long-term health.

Have you ever had a hard time making a decision in your medical treatments? What did you find helpful in coming to a decision?