Why Are We Not Talking About Fatigue and Endometriosis? 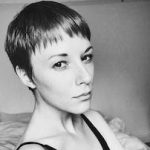 When talking about endometriosis, the press often shares stories of pain, infertility, and lengthy diagnosis times. But endometriosis doesn’t just end there.

Endometriosis has many symptoms, some more common, others more unheard of but apparent in endometriosis patients all across the world. I would argue, some of these are just as debilitating as the pain itself, yet fall under the radar and are hardly ever discussed by medical professionals. The two most standout of these symptoms, to me, are fatigue and brain fog. Of course, you could say that brain fog is a result of fatigue, but there are days when the two feel like separate issues – when physically I feel ‘normal’, but cognitively, I’m struggling – struggling in a way that has me very, very concerned.

My struggles with brain fog

How I’m healing my brain fog

Recently, I shared some of my journey of healing fatigue and brain fog on my Instagram. I’ve spent the past several months essentially ‘bio-hacking’ my way out of these symptoms, and I’m pleased to say, I’ve had incredibly positive results. So I took to Instagram to share my success with using medicinal mushrooms, in particular, lion’s mane, which has been shown to enhance cognitive abilities and is even being used in studies on Alzheimer’s. The response I received was both unexpected and overwhelming; I had countless comments from people wanting to know more, from people who didn’t know fatigue or brain fog was associated with endometriosis, from people who were desperate for answers and a way to cope. Shortly after that, I received an email from a woman who discovered my work when reading an article on fatigue and endometriosis. Despite being diagnosed with endometriosis for several years, no one had mentioned to her the potential symptom of fatigue, yet she’s been experiencing crippling tiredness, which the doctor claims is a mystery.

Why are doctors ignoring these symptoms?

Fatigue and brain fog affect every single area of your life. If you don’t have the physical energy or cognitive ability to carry out day-to-day tasks such as going to work or even having a conversation, it poses a huge problem to your quality of life and even your ability to function in everyday society. So why is this issue so ignored?

As a woman who doesn’t want children, I’ve found that my case is often dismissed when doctors hear fertility isn’t a concern of mine. I’m no longer given the time or attention – it feels like my worth, as a person, my quality of life, isn’t important if it’s not going to result in reproduction. While it’s paramount we continue to research and provide options for pain management and infertility, we need to start addressing the other ways in which endometriosis is, quite frankly, ruining lives.

I’ve taken a holistic route to managing endometriosis because the treatment options I was offered didn’t work for my body or my values. Thanks to that turn of fate, I’ve finally found a way of reducing the fatigue and brain fog I experienced before, but it’s taken me years to get here. How many millions of other sufferers are dealing with these symptoms alone, believing that it’s an entirely different issue altogether? Those who have no answers, no guidance, and no options?

We are whole human beings with a disease that affects the whole of us, it’s time that we were treated that way.