Endometrial Ablation- Is It An Option? 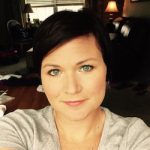 There are many conditions that are associated with endometriosis: cysts, adenomyosis, or fibroids, just to name a few. One of the procedures used to manage the pain and heavy bleeding of endometriosis is called an endometrial ablation.

An endometrial ablation is a procedure that the doctor uses to remove the lining of the uterus. It is important to note that this procedure should only be done if you have no plans of getting pregnant in the future. After several talks with my doctor, we decided that it was time to give an endometrial ablation a shot to help manage some of my endometriosis symptoms.

I’ll be totally honest, I was really nervous when ablation day arrived. I wasn’t exactly sure what to expect, even though my doctor had taken me through the procedure step-by-step. I was still feeling uncertain. How long would my recovery actually take? Would it really help, or is this whole thing just going to be a waste of time and money?

I arrived very early the day of the procedure. My doctor does them in her office, so I was lucky to not have to go to the hospital to have it done. All my vitals were taken and I was hooked up to an IV where they gave me a bag of fluids before the procedure.

I was given light sedation and made comfortable. It seemed like in no time at all the procedure was over. I was very crampy, of course, but I was able to walk slowly and dress myself afterwards. I was released to go home within an hour.

It wasn’t until later that night when it was really painful. I couldn’t get comfortable and had to manage quite a lot of discharge (eww, I know). I was taking my pain medicine as prescribed, but even so, it was still a pretty painful experience. It took me a solid week, I’d say, to feel like my insides weren’t ripped out (okay, that may be a tad bit dramatic), but at least I was up and moving.

In theory, after an endometrial ablation, many people experience no periods anymore, or if they do, then they are shorter and lighter. Lucky me, so far mine have been up and down. And while I still have my periods, for now they are at least tolerable. I suppose I would give it about a 75% success rate. I was overly hopeful that I would be in that 90% of women who no longer have a period. Too much to hope for, I guess.

I’m about 5 months in and due for a follow-up next month. Since I may be entering “early menopause” (another wonderful gift from endometriosis), it is difficult to tell how much actual impact the procedure had on tissue growth or my prognosis for the future.