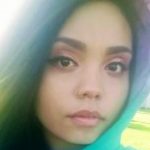 I had painful periods from the very start. I had gotten my menstrual cycle pretty early; I was only nine years old. I remember my first period being unbearable, and came to believe it to be normal for me as each cycle felt that way. By the time I was 14, I started noticing pain in my lower left abdomen whenever I needed to use the restroom, and felt a dull stabbing pain in the left side of my vagina. I went to my regular physician, who told me not to worry about it, and so I didn’t. I ignored my pain and dealt with it on my own thinking everything was fine because one doctor told me it was. I didn’t miss class, I didn’t stay in bed. Not because my pain was not severe enough, but because I thought this was what all girls went through, so who was I to complain?

When I started having sex, the pain in my vagina was more intense, but still, I ignored it. I had a child when I was 18, and was placed on the Mirena to prevent further pregnancy, but had it taken out after a year because I experienced more pelvic pain and THOUGHT it was the Mirena causing it (obviously, now I know it was the endo). Now I know that was a mistake.

8 months ago, I discovered my partner of nine years was cheating on me. I blamed myself. I was not always open to being intimate because of the pain I experienced, and began closing myself off believing that he would eventually leave me because he didn’t take the time to be understanding, he only became angry with me instead and thought that I was just rejecting him.
I was (and still am) an emotional wreck. I became very depressed and riddled with anxiety and insecurities I never thought I’d have. I believe the emotional stress I was going through caused physical stress to my body, because I began to have cramping and stabbing pains so intense I ended up in the ER misdiagnosed with pelvic inflammatory disease (I did have a vaginal infection at the time). The doctors did have me undergo a pelvic ultrasound and some imaging , but nothing showed in their tests.

After several rounds of antibiotics the pain did not subside, so my foster mom, who has endo herself, decided to go with me and ask my gynecologist if it could be possible that I was suffering from the same, because a lap was the only way her doctors were able to diagnose hers. After going through my charts and finally putting together that Ive had a long history of seeking treatment for pain, she finally gave me a referral to a different gynecologist who performed the lap and finally diagnosed me with endometriosis. My abdomen was riddled with adhesions. My left ovary was attached to my bowel which was attached to my left hip. I even had adhesions attached to my ribs, which I was told was rare. Birth control hasn’t been much help to me, as its caused too many side effects and worsened the depression I was already going through due to the betrayal of my partner. I’m not sure what to do next when it comes to approaching a treatment plan for this. I’m just dealing with the aftermath of the destruction its caused in my life.