Are Endometriosis and Birth Weight Connected? 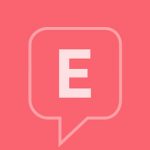 In endometriosis, tissue that normally lines the uterus ends up implanting in parts of the pelvis and lower abdomen where it does not belong. This tissue responds to the presence of female hormones like estrogen and progesterone. When it is time for a woman’s period, the endometrial tissue thickens and sheds, just like it would during a normal menstrual period.2

There are several types of endometriosis, depending on where the misplaced tissue ends up.

Doctors and researchers do not understand the exact cause of endometriosis. Some studies suggest that it might have something to do with a baby’s development in its mother’s womb, but others have not found that kind of connection.3

A 2019 study by researchers in Sweden did find a link between a baby’s low birth weight (or slow growth) and the development of external endometriosis later in life – up to a 35% higher risk.3

The study was an epidemiological study, which means that it collected and analyzed data from health records. Because of the completeness of Swedish health records and the consistency of diagnosis, these results may be more reliable than previous studies.

Possible reasons behind the connection

The researchers suspect that low birth weight and slow growth are evidence of problems in a fetus’s developmental environment, perhaps with hormone levels. These developmental irregularities could then lead to later reproductive system problems – like the onset of endometriosis – when a baby reaches adulthood.3

The link was less clear for women whose symptoms began at older ages. There was no link between birth weight and internal endometriosis. As part of the study, the researchers also concluded that income or educational levels did not affect the development of endometriosis.3