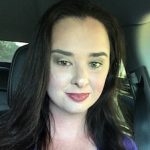 Back when I first started having issues with endometriosis, many doctors believed that “a teenager could not have endometriosis”. It did not matter to these doctors that my mother and her cousin both had very bad endometriosis themselves. Most of these doctors said it was in my head and I was just depressed. Therefore, we ended up seeing a lot of gynecologists before we found somebody who took my case seriously.

After working with a team of gynecologists for a while, in 2006, they gave up on my case and referred me to a specialist in the Houston Medical Center. For a board certified reproductive endocrinology and infertility specialist and a fellow of the American Congress of Obstetrics and Gynecology, he was extremely young. He still went to medical conferences and had just returned from one when we saw him for the first time.

This new doctor was quick to take me off the Lupron Depot injections and to handle the bone density issues that the medication had caused. He also suggested a two-step medication process that was new at the time, Aygestin (norethindrone acetate) 5 mg and the Vivelle-Dot (estradiol) Transdermal System 0.1 mg – 2 patches a week. These medications continued to keep my body in the psudeo-menopause from the Lupron Depot injections, but without the risks to my bone density.

He was really the only doctor who was able to help me. Aside from getting me off the Lupron Depot injections and fixing the bone density issues, he worked to manage the pain from the endometriosis as well. My pain at the time was still extremely intense, which was why the other team of gynecologist simply gave up on my case.

When he moved clinics

When he left the Houston Medical Center, I followed him. Wherever he went, I went too. I have only ever done this with one other doctor, my rheumatologist, but she only moved once. Luckily, he finally settled down and built his clinic, which slowly took over most of an entire floor of one of the skyscraper type of buildings in Houston. His fertility practice became so popular that people would fly in from all over to see him.

He was never too busy to help

I believed in his practice so much that I carried his business cards in my purse for whenever I met individuals who were struggling with female issues. Despite how large his practice became, he was never too busy to get me in when something came up out of the blue. He was not one of those doctors who you had to wait months to see. He would get you in and take care of you.

When he closed his practice

All of this was part of why it came as such a surprise when he decided to close his practice. He is definitely young enough to keep practicing, and I am sure he had the patients. But he decided to pursue “other interests”, whatever that means. I have not had an easy time finding a replacement for him. Other doctors seem all well and fine until there is an issue that they do not want to deal with, i.e. the complicated portion of the endometriosis.

For the most part, my endometriosis has been under control for years, but occasionally, it decides to rear its ugly head in a flare. This is the true test of a doctor’s commitment to me. What is that saying? “If you cannot handle me at my worst, you do not deserve me at my best”… That is how I feel about me and my endometriosis.

Have you lost a really good specialist? How long did it take you to find another one?