It’s no secret that having endometriosis is a condition that can leave you feeling isolated. The average time for a woman to be diagnosed with endo is around seven years.1 During that time, the pain, bloating, fatigue, and variety of other symptoms continue while sufferer feels unsupported. So, at times, you can feel not only isolated, but you can develop mood disorders, such as anxiety and depression.

For me personally, this journey also took many years, as doctors kept telling me I was healthy, there was nothing wrong. Even the head gynaecologist at a major hospital told me there was nothing wrong after a scan and blood tests. After not accepting "no" for an answer, it turned out there was a lot wrong; I had stage four endometriosis and needed a bowel resection, a ureterectomy (surgery on my ureter), topped off with six hours of excision surgery to remove the lesions that were everywhere. I hit rock bottom around the time I was first diagnosed, as the pain was excruciating. I decided I needed to overhaul my entire life, from my diet to my social activities, so I could improve my health.

My first step was to find health practitioners who could guide me and support my journey to health. The first practitioner I found was a nutritionist who guided my diet and provided nutritional supplements to help with my symptoms and improve my digestion. I found an integrative doctor who understood that a holistic approach was needed for endometriosis. I found a psychologist who helped me understand what my values are and to heal from trauma in my past. I found a yoga studio that I felt comfortable to practice in. I sought out a physiotherapist who specialised in women’s health who could work on freeing up my endometriosis adhesions and improve my sensitive abdomen so my nervous system could let go of the chronic pain it was used to.

I set up my Instagram account, healingyogi, and my blog, The Healing Yogi, and started to connect with others who were suffering from Endo. This allowed me to feel that I wasn’t alone, and others were there who understood.

Finding Qendo (Queensland Endometriosis Association) was another important step for me. Qendo offer an international support line and regular endo meets for those living in Queensland, Australia. Through Qendo, I connected with other endo sisters and found friends and people I could talk to about what I was going through, but also information around health practitioners who specialise in endometriosis.

We learn from each other

This is how I built my support network. It is the reason I am so much happier and healthier today. When you have a chronic illness such as endo, building your support network can make you stronger and wiser, because we all learn from each other. 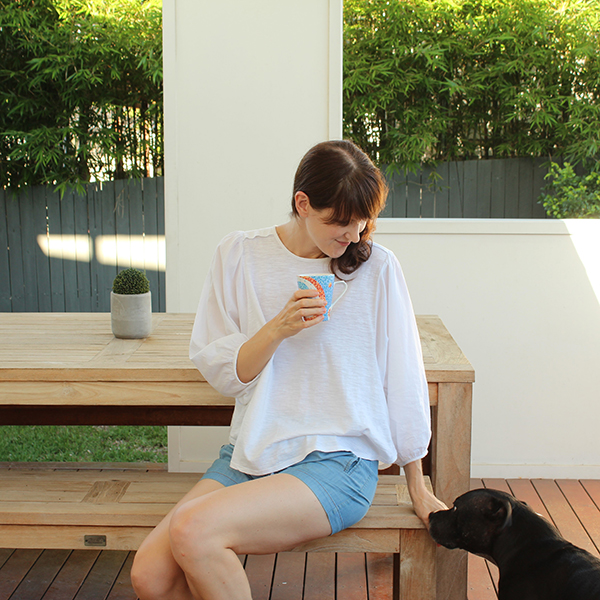 6 comments
This article represents the opinions, thoughts, and experiences of the author; none of this content has been paid for by any advertiser. The Endometriosis.net team does not recommend or endorse any products or treatments discussed herein. Learn more about how we maintain editorial integrity here.

Do you know someone that has made a difference with endometriosis advocacy?