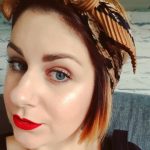 My periods were always a total nightmare. I would dread that ‘time of the month’ coming around – when it chose to turn up anyway. I never knew where I was with them! They were heavy, extremely painful, irregular, exhausting and, generally, horrible in every way possible!

I fell in to the bracket of those who believe this is just the way periods are for everyone, that this amount of suffering is completely normal. And, sadly, there are a lot of people who think that way.

Problematic menses is one of the more predominant symptoms of endometriosis and it’s because of this that many believe endometriosis is just bad periods.

But, how are we supposed to know what is and isn’t normal when it comes to periods?

Here are some of the key signs to look out for:

Periods themselves do not hurt. However, during your period, hormones are released that cause the uterus to contract (enabling it to shed it’s lining), and these can cause cramps and other uncomfortable symptoms.

Normally, this pain is limited to the lower abdomen, hips and back, and will only be felt for the duration of your period. It can also usually be relieved with painkillers, a heat pad or light exercise.

For a person with endometriosis, period pain can be so unrelenting that it can become debilitating. Since endometriosis can occur in any area of the body, pain can be felt in a more widespread area. And the pain isn’t just limited to the duration of the period – it can be felt at other times of the cycle too.

Menstruation usually happens once a month and a period will typically last from 3-8 days.

For those with endometriosis, periods can be irregular (meaning they can come early or late), and they can last for anything from one day to months on end.

Heavy bleeding is common for a lot of people and doesn’t always have an underlying cause. Normally, only 5-12 teaspoons of blood is lost during menstruation.

For those with endometriosis, it’s common to experience extremely heavy periods which mean changing sanitary products more often than usual and even bleeding through on to your clothes.

Bleeding at other times

It is also common for those with endometriosis to notice bleeding after sex, internal examinations, or bowel movements.

The pain and heaviness of menstruation can often be so severe for those with endometriosis that they may feel nauseous or dizzy. Periods can also worsen fatigue and interfere with other illnesses.

Bladder and bowel problems can be more prominent during menstruation too. This can include blood in the urine, painful bladder and bowel movements, constipation and diarrhoea.

These symptoms can relate to other illnesses, or they could be completely normal for your own body. But, if you feel worried about any of these issues or if your periods have changed, please speak to your doctor.