CBD Oil to Manage Endometriosis Symptoms? The Experts Sound Off 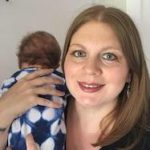 In recent years, cannabidiol oil or CBD oil has grown into a $200 million industry thanks to a loyal following of persons with chronic health conditions, including endometriosis.

Fans of the cannabis-derived oil prize it for its pain-relieving properties. The oil isn’t FDA-regulated and the Drug Enforcement Agency (DEA) classifies marijuana as a Schedule I drug alongside heroin, LSD, and ecstasy, but that hasn’t stopped the growing demand of online and in-store purchases of the product. So, how effective is it and do the benefits outweigh the risks for women with endometriosis who seek relief from chronic pain?

Cannabis expert, neuroscientist, and Vitamin Weed author Dr. Michele Ross, Ph.D., says CBD oil won’t get you high but could relieve severe menstrual cramping related to endometriosis. Ross, 35, started the Impact Network (Improving Marijuana Policy and Accelerating Cannabinoid Therapeutics for Women Worldwide), a non-profit research institute. She is so passionate about the green stuff and its healing properties, she recently moved to LA – one of 29 states where medical marijuana has been legalized—in hopes of finding a base for her cannabis research studies. “I have been diagnosed with endometriosis,” she says. “I took hormonal birth control most of my life and had horrific pelvic pain. I was on all these different [prescription] drugs, and I had other medical problems, and I started using cannabis. Not only did it help me with my other medical problems, but it really helped me with my pelvic pain, which was amazing”.1

Not only does she slather it on, Ross also says she ingests the non-psychoactive form of CBD as a tincture and claims it reduces her endo-inflammation and pain. Experimenting with ingesting the oil, however, can have its dangers. Earlier this month, a North Carolina hospital reported a three-monthlong spike in emergency room visits from people who became ill after ingesting CBD oil.1

The FDA has also issued a stern warning to those who want to try CDB oil in its many forms. The agency says many products claiming to contain CBD do not contain the advertised levels of CBD; “It is important to note that these products are not approved by FDA for the diagnosis, cure, mitigation, treatment, or prevention of any disease,” according to FDA.gov. “Consumers should beware purchasing and using any such products”.2

Medical experts are also heeding the FDA’s advice. Timothy Welty, professor, and chair of the clinical sciences department at the College of Pharmacy and Health Sciences at Drake University has said: “It’s not a magic bullet. It’s not going to cure everybody. It will definitely benefit some people, but it needs to be managed carefully”.3

Dr. Aparna Iyer, a holistic and integrative board-certified psychiatrist in Frisco, Texas, says she won’t recommend CBD oil until more research is done. “While many people have told me individually that they have gained a lot of personal pain/anxiety/depression/psychosis relief from the use of CBD oil, research is still ongoing and has not definitively determined either clear benefits or harm,” says Iyer. “I am wary of recommending CBD oil at this point for these reasons and also because there has not been much regulation of the product, which is concerning when I want to make sure that my patients are getting a safe product”.4

Dr. Gostal Arcelin, MD, an obstetrics and gynecology specialist with Women’s Health Partners in South Florida has had some patient inquiries regarding CBD oil.5

“The use of cannabis and cannabinoids from ‘chronic’ pain is somewhat controversial. Most trials have found some evidence of efficacy, but involved patients with chronic daily pain, and not cyclic menstrual pain,” Arcelin said. “It seems that in some patients, cannabis might alleviate neuropathic pain, but there is insufficient evidence to make a recommendation. It probably needs to be researched more extensively in patients with endometriosis. I don’t see much harm though in patients who have endometriosis and severe pelvic pain in trying alternative approaches including the use of cannabis, since the risks are minimal.”

Still, droves of cannabis oil connoisseurs, including endo women, have taken to social media to share their reviews. Angie Herrera is one of them. She says she’s tried several products from Whoopi Goldberg’s medical cannabis line, Whoopi & Maya, specifically designed to relieve menstrual discomfort. It was “a game changer,” says Herrera, who lives in California. Herrera’s sister went to high school with Maya Elisabeth, who launched the line with Goldberg. After Herrera was diagnosed with endometriosis two years ago, she didn’t need much convincing to try it. She purchased a topical blend of sun-grown cannabinoids and natural oils. “I had no pain in my abdomen and was able to get up and do normal things that I wouldn’t have been doing at the time,” says Herrera. “No fetal position, no psychedelic side effects at all—just a relaxed uterus with minimal to no pain”.6